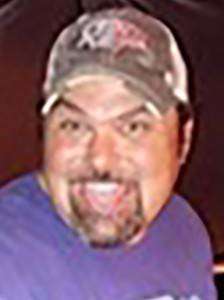 Matthew J. Gonzales, age 45, of Columbia, Ohio, passed away at 5:32 P.M. on Monday, April 20, 2020, shortly after admittance to Community Hospitals and Wellness Centers in Montpelier, Ohio. He was an owner/operator truck driver, driving for Kopf Leasing, Inc. of Elkhart, Indiana, for the last twenty years.

Matt enjoyed fishing, hunting, riding his Harley, camping in his RV, attending NASCAR races, and spending time with his family and his kitties, Boo and Patches. He was a kind and loving man who enjoyed bringing family together at his home and would give the shirt off his back to help out anybody who would need it.

He was preceded in death by his father, Juan Gonzales; two brothers, Kevin Rice and Frank Rice, Jr.; and his stepfather, Dale Armstrong.

Due to the COVID-19 restrictions, services and interment will be private with Greg Taylor officiating. Interment will take place in Columbia Cemetery.

Krill Funeral Service, 204 West Indiana Street, Edon, has been entrusted with the arrangements. Memorials are requested to the family.