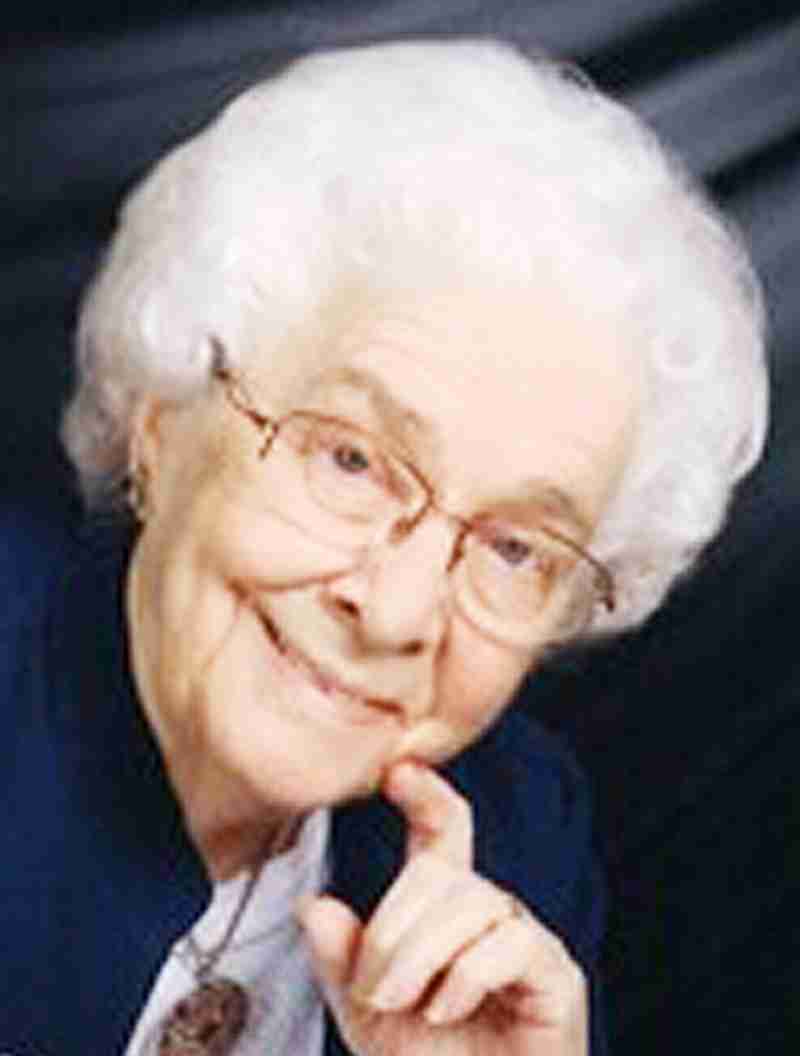 Mrs. Sanders was salutatorian of the 1942 graduating class of Edgerton High School. Following graduation, she was employed by Magnavox in Fort Wayne for five years.

After many years of being a full-time housewife and stay-at-home mother, she went to work at Edgerton Landmark, from where she retired with nineteen years of service.

She was devoted to her Catholic faith as a member of St. Mary Catholic Church in Edgerton, where she was a member of the Rosary Altar Society and was a longtime lector.

She was also a member of St. Catherine Study Club. She stayed active as a volunteer aide at Edgerton Elementary School for a number of years and authored a weekly column entitled “Magic Moments” in The Edgerton Earth and published her own cookbook from years of recipes she highlighted in her weekly column.

She was also a 60-year member of Town and Country Home Demonstration Club and a member of Tri-Township Farm Bureau Council.

Maxine Sanders was born on October 24, 1924, near Butler, Indiana, the daughter of Russel Leon and Ruby Haroldine (Platt) Jennings.

Visitation will take place on Wednesday, August 3, 2022, from 2:00-8:00 P.M. at Ken Dale Farms Event Center, 4172 County Road 1, Edgerton, Ohio, which is in the neighborhood where she spent her teen years and raised her family. A scripture service will be held at 7:30 P.M. Mass of Christian Burial will take place on Thursday, August 4, 2022, at 11:00 A.M. at St. Mary Catholic Church, Edgerton, with Reverend Daniel Borgelt officiating. Interment will follow in St. Mary Catholic Cemetery, Edgerton.