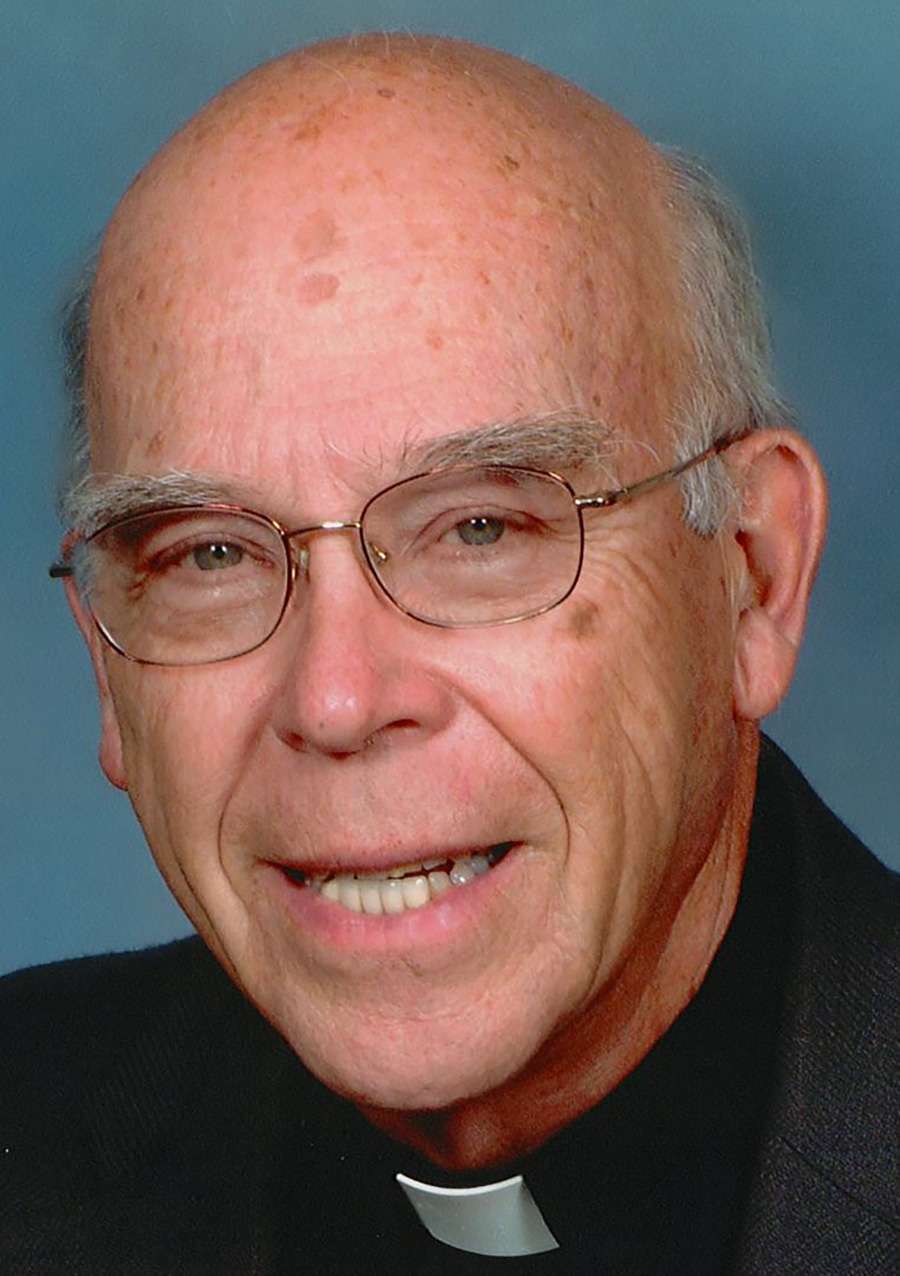 Reverend Robert A. Holden, age 85, passed away peacefully at Fulton Manor in Wauseon on Tuesday, March 8, 2022.

He was born in Delphos, Ohio to John D. and Marcella M. (Hageman) Holden. Fr. Holden graduated from Delphos St. John’s High School in 1954, shortly after he attended Saint Meinrad Seminary in Indiana and finished his scholarly studies at Mount St. Mary’s Seminary in Cincinnati.

He became an Ordained Priest of the Diocese of Toledo in 1962, the year of the beginning of the Second Vatican Council, and he lived out his life by those principles – by caring and loving the people he served.

Fr. Holden ministered in various parishes throughout his career. As a priest he was a great pastor and saw himself as a servant leader to his parishioners and communities.

His last and longest appointment was Saint Caspar Parish – Wauseon, retiring on July 2, 2007. On June 16, 2012 he celebrated his 50th Ordination Anniversary – Golden Jubilee in the Parish Life Center at Saint Caspar Church.

As Fr. Holden’s dear friend, Fr. James Bacik stated, “Fr. Bob was a great pastor, he was very open and accessible to the people he served and they felt that they could talk to him freely; they could share their problems easily as he could sense their struggles; he had a great sense of humor; he was good at spotting the strength of the people in his parish and helping them develop their strengths to enrich the parish and others. People were very special to him as he knew many of them personally – by their names.”

In his spare time Fr. Bob enjoyed reading whether it was for relaxation, learning or reflection; a good game of golf – even earned bragging rights for his hole-in-one, cheering for all Notre Dame sports teams, he loved tending to his gardens and landscaping, traveling and countless memories spent with his family and on the lake.

He is survived by his brother, Larry (Patricia) Holden; sister-in-law, Pat Holden; many special nieces and nephews and dear friends, Karen Riches and Rev. James Bacik.

In addition to his parents, he was preceded in death by his sisters, Ann Davie and Beverly Hickey; brother, John R. “Jack” Holden and brother-in-law, Gerald Hickey.

Reception of the Body will be on Tuesday, March 15, 2022 at 2:00 p.m. in St. Caspar Parish, 1205 N. Shoop Ave., Wauseon, OH 43567 with visitation to follow. A Vespers Service at 7:00 p.m. will be conducted on Tuesday. Additional visitation will be on Wednesday, March 16, 2022 from 10:00 a.m. – 10:45 a.m. in the parish with the Funeral Mass being celebrated at 11:00 a.m. in St. Caspar Parish. The Principal Celebrant for the Mass will be Reverend Monsignor William J. Kubacki, Vicar General of the Diocese of Toledo. Committal and Interment will be private in St. Caspar Parish Cemetery for immediate family and dear friends.

To leave a message of condolence for Fr. Bob’s family please visit, www.grisierfh.com.