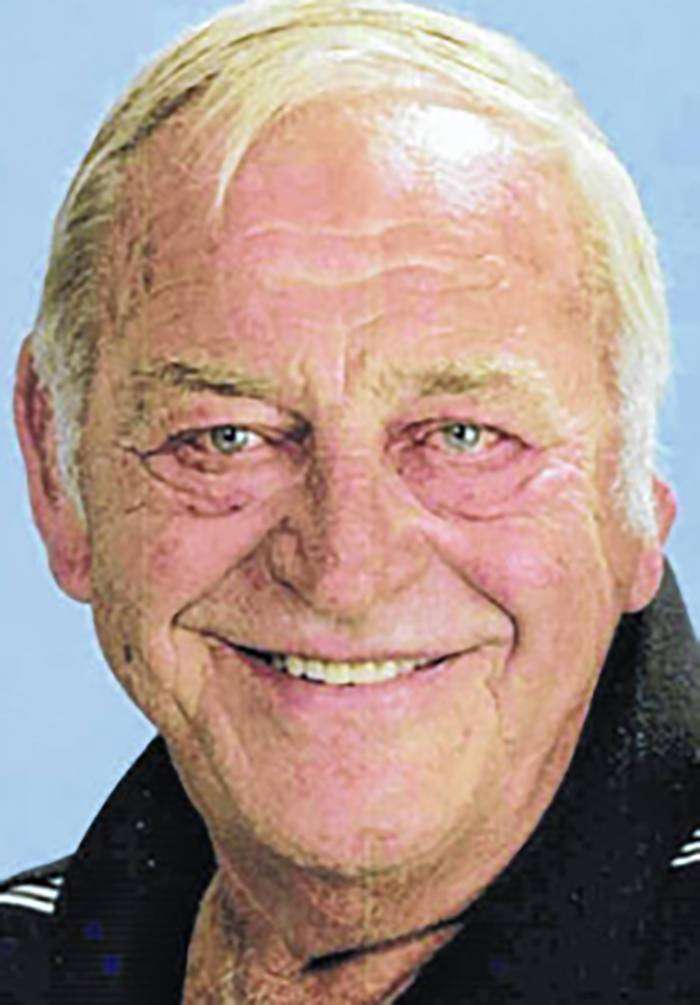 For most of his life, Bob was a farmer. Family and friends claimed he raised the best sweet corn! Before he began his day farming, he enjoyed having coffee with his buddies at the Main Stop in Lyons. Bob had many good friends. Everyone knew Bob! He was respected by all that were acquainted with him. Since losing his father in 1970,

Bob was the rock of his family. He was always there to help anyone at any time with any problem. His greatest passion was helping his daughter and granddaughters raise hogs to show at the fair, which he did for many years.

In addition to farming, Bob served his country as a member of the Marine Corps in Vietnam, and he continued to serve his community throughout his life in a variety of positions including serving on the Board of Directors of the Metamora State Bank for 12 years and as a Fulton Township trustee for 16 years.

In addition, he was a Metamora volunteer fireman, a member of St. Mary’s Parish Council, and the Catholic War Vets.

When Bob was not in his tractor, he enjoyed golfing, fishing, watching NASCAR, and cheering on the Ohio State Buckeyes. He loved to travel, and especially enjoyed his trip to Alaska for his 50th wedding anniversary. Bob’s greatest joy was spending time with his family, hosting holidays and parties, and doing anything that involved his grandchildren and great-grandchildren.

Bob was also preceded in death by his in-laws, Stanley and Mary Studenka; his daughter, Susan Huskins Salsberry; his sisters, Mary Alice Sellers and Patricia Johnson; and brother, David Huskins.

Visitation will be held Thursday, January 14th from 2 to 8 p.m. at the Weigel Funeral Home in Metamora. A Mass of Christian Burial will be held 11 a.m. Friday, Jan. 15, 2021, at Holy Trinity Catholic Church in Assumption. Interment, with military rites, will follow at St. Mary’s Cemetery.

Online expressions of sympathy may be made at www.weigelfuneralhomes.com. To Plant Memorial Trees in memory, please visit our Sympathy Store.