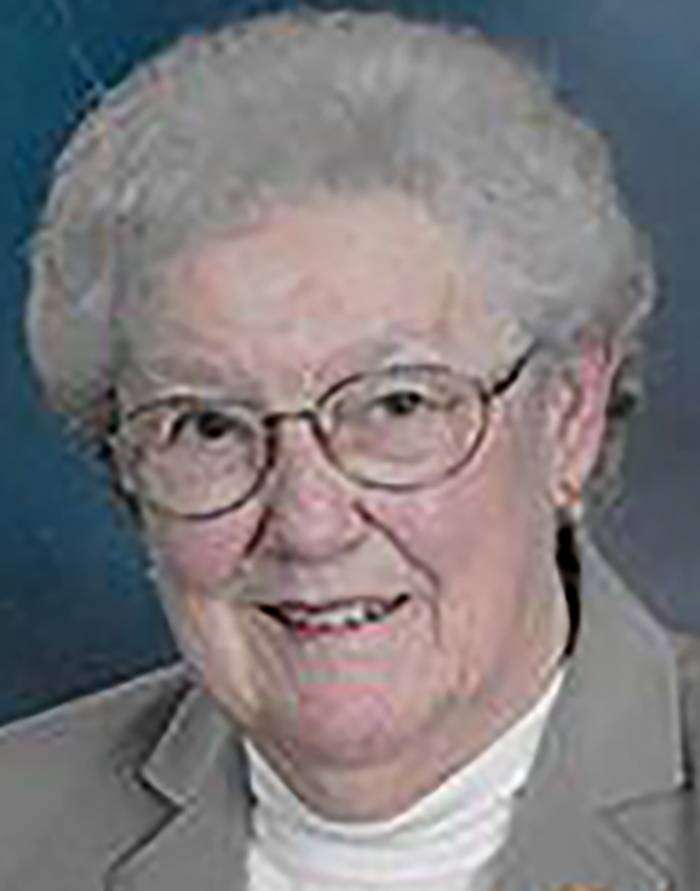 She was a graduate of Chesterfield High School. Ruby married LaMarr Gene Rupp on Feb. 26, 1950, in Wauseon, Ohio, and he preceded her in death. She was a homemaker and previously worked at Bryan Canning Factory and as a waitress.

Ruby was a member of First Baptist Church, Bryan, and was involved in the church’s Ladies Missionary Society and as a Children’s Sunday School teacher. She was also a Pink Lady at the Bryan Community Hospital. Ruby loved to macrame, sew, quilt, make ceramics and read.

She was preceded in death by her parents; husband, LaMarr Rupp; one daughter, Sandy Zuvers; two brothers, Milton Cole and Robert Cole; and two sisters, Yvonne Raker and Bonnie Granger.

Visitation for Ruby A. Rupp will be held from 9-11 a.m. on Saturday, April 3, 2021, at First Baptist Church, 925 E. Fountain Grove Drive, Bryan, OH 43506. Funeral services for Ruby will immediately follow at 11 a.m. in the church, with Pastor John MacFarlane officiating. Internment will be at Shiffler Cemetery, Bryan.

Due to the ongoing pandemic, we ask that those attending visitation or services wear a mask and observe social distancing. Arrangements are under the care of Oberlin-Turnbull Funeral Home, 225 E. High St., Bryan.

The family asks those that would like to remember Ruby to make memorial contributions to First Baptist Church, 925 Fountain Grove Drive, Bryan, OH 43506.

Condolences may be sent to the family, or the online guestbook may be signed at www.oberlinturnbull.com.