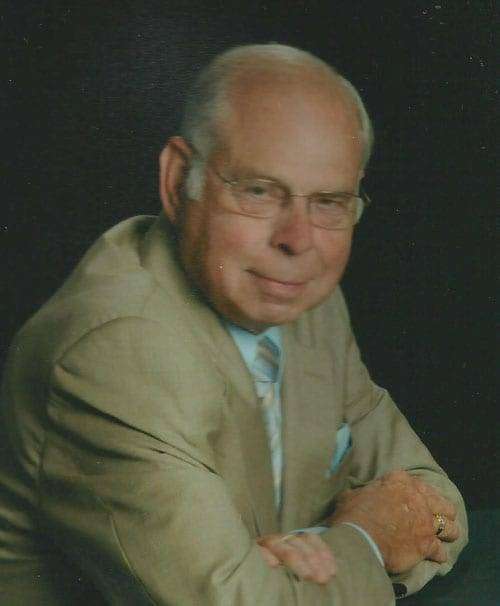 “…..Who died for us that, whether we wake or sleep, we should live together with Him”

Stanley N. “Ned” Horton, 78 years, of Alvordton, was called home by his Lord and Savior on Sunday, January 17, 2016 at Community Hospitals and Wellness Centers, Montpelier.  Ned was born April 25, 1937 in Millcreek Township, Ohio, the son of the late Howard and Evalo (Landon) Horton.  He was a 1955 graduate of Alvordton High School then studied at International Business College in Fort Wayne, Indiana, where he received his Associates Degree.

Ned served our country as a member of the United States Army, serving as a Chaplain’s Assistant from 1962 – 1964.  He earned the Army Commendation Medal for Outstanding Service.  He married Deanna Arlene Lee on December 29, 1962, at the former Clay EUB Church, and she survives.

Ned worked as a Cost Accountant at TRW in Fayette for 36 years, retiring in 2002.  Ned previously worked at Carroll-Ames in Bryan as well as White Motors.  He also assisted as an attendant at the former Hollingshead Mortuary, Hollingshead-Beck Funeral Home, Orr Funeral Home, Eagle Funeral Home in Fayette and most recently at Oberlin-Turnbull Funeral Homes.  Ned was also a very talented organist and was well known to the surrounding communities, playing for many events and numerous weddings, his first one at the age of 14 for his teacher. He also played the organ at Sauder Village.  He had been a former member of and the organist at New Hope Community Church for 26 years.  He was currently a member of First Baptist Church in Bryan.  Ned served as substitute organist at the United Methodist churches in West Unity, Wauseon and Napoleon and also at the Presbyterian Church in West Unity.

Always doing something, Ned enjoyed gardening, especially raising flowers in the summer to create arrangements for church, which were always given to shut-ins and members of the congregation, cutting wood, which he used to heat his home every winter.  Ned had a huge heart, and was always happy helping someone in need.  He loved to serve, whether by playing the organ at church, wedding or a funeral, or working the door at a visitation, greeting folks as they arrived and making them feel at home and comfortable.  He deeply loved his family and had a wide circle of friends.  He will be deeply missed by those who knew and loved him.

He was preceded in death by his parents, grandparents, Nathan and Tura London, one sister, Lois Ann Warfield, and beloved aunt, Irene Alleman.

Visitation for Stanley Ned Horton will be held Thursday, January 21, 2016 from 2:00 – 8:00 p.m. at the West Unity United Methodist Church, 311 North Liberty Street, West Unity. Funeral services for Ned will be held at 11:00 a.m. Friday, January 22, 2016 at First Baptist Church, 925 East Fountain Grove Drive, Bryan with Pastors John MacFarlane and Nick Woodall officiating.  Interment will follow at West Franklin Cemetery.  Visitation will also be held one hour prior to the service on Friday at First Baptist Church, Bryan.  Arrangements are under the care and direction of Oberlin-Turnbull Funeral Home, West Unity.

Those planning an expression of sympathy are asked to consider memorial contributions to Alvordton Fire Department, First Baptist Church or Sauder Village.