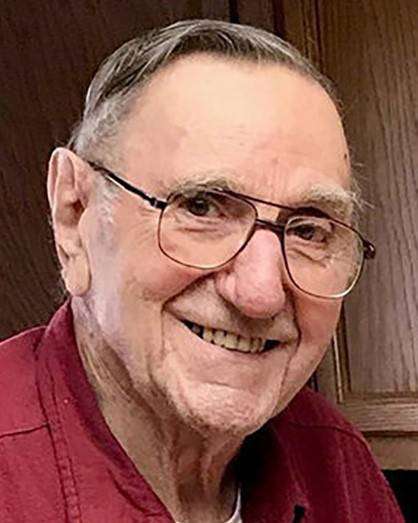 Walter was born on April 7, 1926, in Kendallville, Indiana, the son of Walter Sr. and Edith (Coats) Sherman. His family later moved to Bryan, Ohio, where he attended Bryan High School, graduating in 1944.

Walter was recruited and pre-enlisted in the United States Army Air Corps while in high school. He was an air cadet awaiting pilot training when WWll ended.

Walter was a conservation officer for the State of Ohio Department of Natural Resources before moving to the Upper Peninsula with his wife, Gloria, to build Sherman’s Manistique Lakes Resort on South Manistique Lake in Curtis, Michigan, in 1961.

Walt, Gloria, and their children, Terry, Shelley, Tina and Kelly, owned and operated the resort until selling it in 1979. Walt worked in real estate sales at State Wide Real Estate in Curtis, and later opened the Curtis branch of Cummings-McCraney Real Estate.

Walter was Portage Township’s first building inspector, a charter member of the Curtis Lions Club, and a longtime parishioner who also served on the parish council at St. Timothy of the Lakes Catholic Church in Curtis.

He was a skilled woodworker and carpenter and built several of the family homes as well as the original cottages at the resort.

Fausett Family Funeral Homes of Manistique is assisting the family with arrangements. To send condolences or share a memory visit Fausettfh.com.