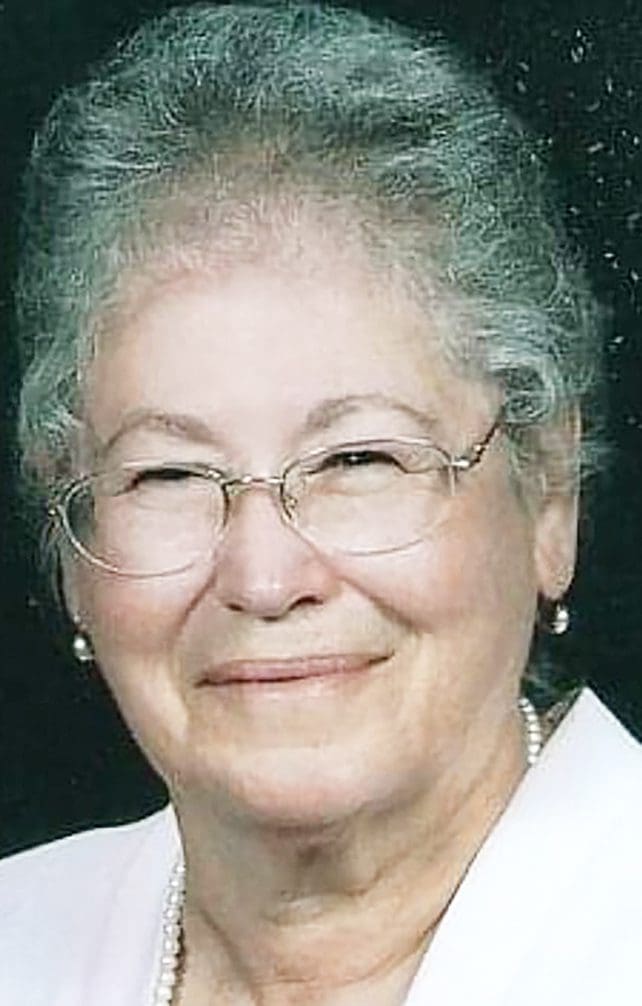 She was born on January 6, 1932 in Putnam County, OH to Carl Elbert and Sarah Minnie (Oberdier) Lusk.

Wylie graduated from Columbus Grove High School in 1949 On May 19, 1977 she married Lewis Brown, Sr., and he preceded her in death.

Wylie was an attentive homemaker and was a member of Bethlehem Christian Union Church and attended Hartford Bible Church.

She loved writing poetry and reciting her Images poem to everyone she met to the point of stopping elderly ladies at Walmart.

Her hand-crafted item of crochet, knitting, and tatting are too numerous to count.

Visitation for Wylie will take place on Tuesday, January 3, 2023 from 11am-1pm at the Thompson Funeral Home on Main Street in Montpelier. A funeral service will immediately follow at 1pm at the funeral home with Pastor Mike Slagle and Pastor Ben Williamson to officiate.

Memorials may be given to Bethlehem Christian Union Church or Hartford Bible Church.